Have you ever had an article or blog post that stopped and made you think … “Hmmm, isn’t there a bigger issue or question here?”

I read a great article in USA Today on the “right” to wear yoga pants. Mind you the article was specifically dealing with the rights of a female middle schooler.

Anyway, the article recounts a heated debate that occurred between the the administration of Haven Middle School and a group of “feminists” when the school decided to implement a policy that required female students wearing leggings to also wear a shirt that was “fingertip length.” In a nutshell, the school claimed that they were just trying to minimize visual distractions for the school’s male population while the other side argued that the school, by instituting such a policy, was promoting a “rape culture.” (The idea that some blame victims of the exploitation instead of the perpetrators)

Now while the yoga pants controversy may rage on …

I believe this case begs a greater question to be asked – Where does responsibility lie when it comes to our sexual decisions?

If a man decides to cheat on his wife because his “sexy ” secretary keeps throwing herself at him, who’s at fault?

Or, if an attractive girl or women is wearing super tight yoga pants can we really fault a guy for staring?

Here’s three things I think we need to remember when stuff like this comes up:

1. You can only worry about you. There will always be visual distractions. There will always be opportunities to cheat on your spouse. And for the time being, it seems that there will always be some women who love wearing super-tight yoga pants in public places. The fact is this, just because these things are out there doesn’t mean you get an “out” and can plead “not my fault” when you act out in a sexually irresponsible way. You are the only one responsible for your decisions (Tweet This!). 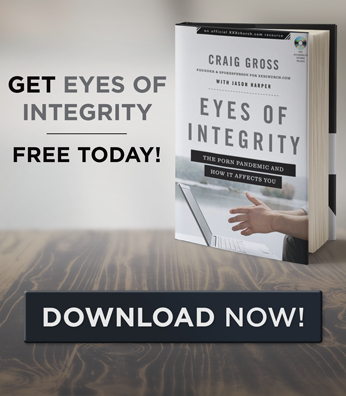 2. People should take more time considering how their actions may influence others when choosing to do something. This doesn’t mean that we are to live our lives entirely around the sensitivities of other people. If this was the case XXXchurch.com wouldn’t even exist. But, it does mean that we need to understand that our choices can have an influence on other people. If you are a female and decide to go to a football game wearing skin tight leggings and a low cut top you can be pretty sure that you are going to get some stares and unwelcomed “shout outs.”

Think about your decisions on a larger scale than just how you feel about them. Recognize how others may react to your choices and if you are ok with that then fine. But, if you would rather not deal with the potential consequences of your decisions then you may want to rethink your options.

3. We need to stop this urgency to police everyone. I personally think it’s a responsible decision to minimize visual distractions in a learning environment like school. I also don’t think that by doing so we are validating any one’s behavior or “poor” decisions. But in a case like this, the school had a responsibility to the “greater good.” This is a responsibility they’ve been given.

As parents we also have a responsibility for our children’s actions. If you think it’s a bad idea to let your middle-schooler wear painted on pants then it’s up to you to do something about it. You are the parent. It’s your job to help your kids make good decisions. Don’t expect them to. They are kids after all. BUT, after that the policing needs to stop.

In the end we all need to “own it.” Whether “it” is our own poor choices, our unwise decisions that may influence others, or our responsibility to those we’ve been given care of … it’s ours to own.